Although Honorary Members have existed previously and have been written into the Statutes, it has been a long while since their Appointment. At the AGM September 2018 it was decided to recognise honorary members of ESVCN. Honorary Members are proposed by society members and are accepted by the ESVCN Board. Basis of the award is their long-standing commitment, contribution and participation to the success of ESVCN as well as their highly valued contribution to the subject of Animal Nutrition. This has enabled us to stimulate, support and encourage young researchers, knowledge dissemination, as well as collaborative research.

We are grateful to them and for their invaluable time and wisdom. 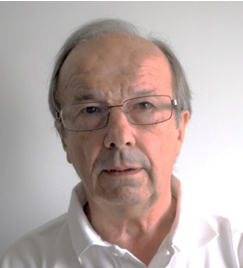 Professor Jacques Debraekeleer is one of the founding fathers of the ESVCN in Vienna (Austria, 1991). He was the first secretary of ESVCN and later again Secretary and an ESVCN treasurer for many years. Since 1998, he is a Diplomate of the European College of Veterinary and Comparative Nutrition.

He graduated as a Veterinarian from Ghent University in 1970 and became assistant at the ambulatory clinic in the Vet. Med. Faculty University Ghent. In 1985 he moved into Industry as a Technical Advisor to Aesculaap NV.Belgium and in 1986 he became Veterinary Affairs Manager at Hill’s Pet Nutrition, Europe; then moved to work as Seniour Scientist at the Science & Technology Center Hill’s Pet Nutrition, Topeka, KS, USA until 1998 and returned to Europe as Associate Director Professional & Regulatory Affairs with Hill’s. In 1998 he was also appointed as Guest Professor in Small Animal Clinical Nutrition and Dietetics at the Faculty of Veterinary Medicine, University of Ghent. 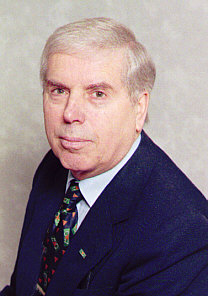 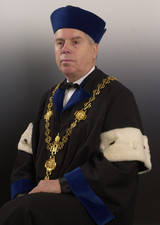 Josef Leibetseder was an international acknowledged scientist, he was a pioneer in animal nutrition and he was instrumental in founding the Institute of Nutrition at the Veterinary School in Vienna.

Prof. Leibetseder initiated the foundation of the European Society of Veterinary and Comparative Nutrition, was one of the founding members of and the first president (1992-1994) and honorary member after his retirement. He was also a founding member of the European College of Veterinary and Comparative Nutrition. He was dedicated to bring his expertise to the veterinarians – testified by a multiplicity of oral presentations and the organisation of numerous conferences and sessions. Josef Leibetseder was an open minded idealistic visionary, who was working in different organisations, in particular for the association “Animals in Therapy” until the end of his life. Josef liked lively discussions as much as cheery get-togethers. As an inspired teacher and a sympathetic and committed person he will be in our mind forever.